Why Garden Office Rooms Are More Popular Than Ever 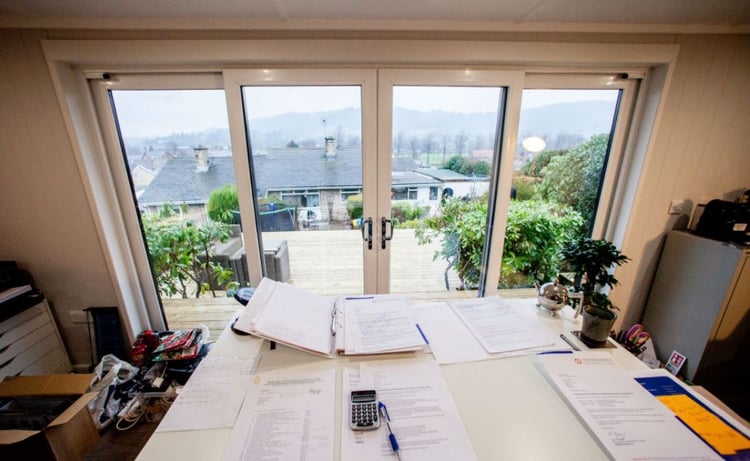 These days it’s not the least bit unusual to walk into a friend or neighbour’s home and spot a garden office room out the back. With home working on the rise, garden offices are a popular alternative to converting a room in the home or trying to squeeze a desk in somewhere between the bookshelves. Recent trends show that the number of people choosing to work from home is only set to continue over the next few years.

More Than 1.5 Million Of Us Working From Home

The biggest reason for the big demand for garden office rooms is, of course, the fact that more and more of us are working from home these days. At the last count, in fact, more than 1.5 million people in the UK reported they worked from home. The findings, from a UK-wide TUC survey in 2015, were presented on National Work From Home Day last May

Another striking statistic from the survey is the fact that up to one fifth more people – or 241,000 individuals - are working in a garden office room or spare bedroom than they were 10 years ago.

The biggest increase in home workers is, not surprisingly, women who as the main child carer prefer the flexibility remote working offers. This category actually grew by 35 per cent (157,000 individuals) over the same ten year period. Having said that, the number of males far outstrips that of females when it comes to home working. A total of 912,000 men said they worked from home in 2015. The figure for women was 609,000.

More Home Workers Are Employed In IT

The majority of those who said they worked from home were IT workers who could traditionally be found in an office. The next most popular home working categories were the more labour-intensive agriculture and third was the construction sector.

Meanwhile, a more recent survey - also by the TUC – showed that the more senior your position in a company then the more likely you are to have the opportunity to work from home. One in five managers found themselves in this category, compared to roughly one in fifteen workers described as ‘low skilled.’

Older People Are More Likely To Have A Garden Office Room

You are far more likely to find a garden office room at the property of a home worker aged 40 and over, according to the same TUC survey. They found that the most popular age category for home workers were those in the forties with 454,000 individuals. The next highest category was the next group up, with 414,000 individuals aged 50 plus working from home.

It shouldn’t be too surprising to find that remote areas, where commuting can be difficult or time-consuming, attract the most home workers. The survey showed one in 12 lived in the South West compared to one in 14 in the East of England and 1 in 16 in the South East. This being said, the popularity of garden offices is increasing across all parts of the country, including the East Midlands. Many of the garden room requests we have received in 2017 come from people who intend to use their space as an office.

If you find yourself working for a flexible employer and offered the chance to work from home – or if you are planning to switch to a freelance career - then why not take a look through our fantastic range of garden office rooms here at Cabin Master? You can us on 0115 932 8888 or drop us an email. There will always be a friendly member of our team available to answer any questions you might have.

In the meantime, please take a look at our free Ultimate Guide to Garden Rooms which can be downloaded by clicking here.